When it comes to capturing memories, who better to do it with than your very own family?

Who would YOU create a family hand clasp with?

Whatever combination our families are made up of – whether it’s mums, dads, stepfamilies, brothers, sisters, grandchildren or even our pets…Who better to capture a memory with than those that stick by us through thick and thin?

Back in November 2017 I was awaiting the arrival of my last lifecasting appointment before Christmas. I was exhausted, up to my eyes in hands, feet and fingerprints, the phone never stopped ringing and I remember thinking “Just one more…just one more…you can do this…”

Out gets one young man, followed by another…and another…the lady driving gets out, as does the gentleman in the passenger seat…

Where was the baby???

This wasn’t a baby casting…it was a very poignant family casting.

Mum had organised a hand casting for three sons and their Dad.

**usually once you make a booking I get in touch and we have a chat about what you’d like created…somehow in the festive madness, I hadn’t done this…I should have known it wasn’t a baby arriving!! I’ve now amended this on my website…

Here we are trying to organise the four of them. What a giggle they all had trying to arrange themselves.

Sadly, the reason this family were capturing a memory was due to David (Dad) having a terminal illness and a prognosis of only weeks to live.

As we took the casting there was lots of family banter going on and it was clear that this family were all very close. How they coped so well with this devastating future was unbelievable to see.

The priority for this casting was to make it as comfortable an experience for David while each son layered their hand alongside Dad’s. I personally think that castings with numerous hands can end up very confused looking and jumbled…hard to tell who is who and sometimes one person can get a bit lost in the final piece…I didn’t want this to be the case.

Mum, Gillian, kept everyone in order…not to mention avoiding a near disaster just seconds before the casting was about to happen. But this team all pulled together and got themselves all organised with seconds to spare as their enormous bucket of pink gloop arrived for them to dive their hands into.

After just minutes of sinking their hands into the bucket of casting material, the moment was immortalised.

…and that’s how easy it is!

The family all said their goodbyes and David thanked me for a fun and really enjoyable moment of making memories. His words were “I really wish I could see the finished cast…”

We shook hands, and the family left (actually that’s not entirely true…the boys and their Dad left but Gillian and I spent ages chatting and also organising some fingerprint jewellery for Davids family too).

Usually, after a casting I don’t show the family photographs of the raw moulding…but remembering David’s wish to see the result, we decided to break that tradition…

Here’s the cast as it emerged from the mould…

Remember I mentioned making fingerprint jewellery too? Here’s what we made…

Gillian chose 2 individual hearts – one with her own fingerprint and one with Davids. We also made bracelets and charms for his sister and his mum.

Gifts to give for Christmas that would last a lifetime.

Fingerprint jewellery can be made without needing to visit in person, it can all be done from the comfort of your own home.

You can create jewellery from anyone aged approximately one year and older. There are no upper age limits either and prints can also be taken after someone passes away too. Find out more about fingerprint jewellery here…

Tell me more about Fingerprint Jewellery

The work continued on the casting as it slowly dried naturally.

I often bang on about drying times, don’t I?…but it’s important! It’s a sign that your casting has been created using a top quality, high-density stone.  Cheap plaster dries quickly and might look similar to start with…but as the years pass, your casting could go mouldy, it could be very weak, it could even start to crumble…many of my original castings I took of my daughter are made from this and are just disintegrating in a box…sadly, I knew no better 14 years ago!

While the cast is drying I work away at it, cleaning off inclusions and repairing any air bubbles.

Once the drying and cleaning up is done it’s time to complete the finish on the family hand cast. This piece was to be an antique bronze effect…

Family memories are such a precious way to capture a moment in time…letting you touch, hold and feel that moment – Forever.

We’re all so busy we rarely take the time to really appreciate what (and who) we have around us.

What are you waiting for? 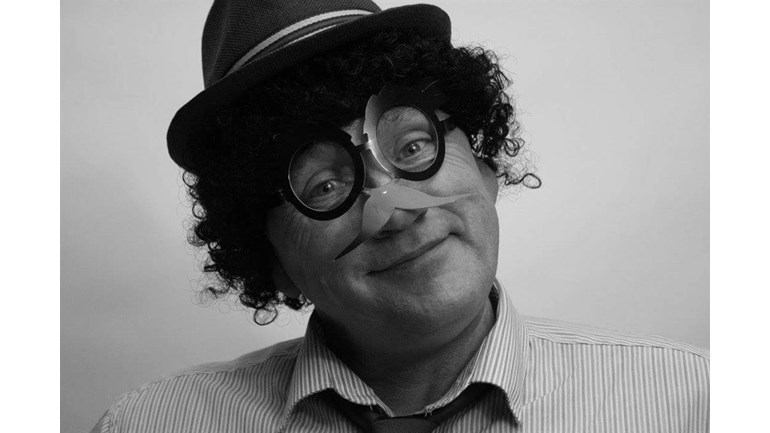 The day after the casting appointment David was admitted to Strathcarron Hospice where he would spend his final days. Creating the hand cast was one of the last days the family would spend together.

David passed away peacefully on the 2nd of January 2018.

Strathcarron Hospice provides palliative care throughout Forth Valley, Cumbernauld & Kilsyth. They provide vital care and support to patients and families at a time when they need it most. Their services are free to everyone and they need to raise over £11,000 each and every DAY to provide this care.

Strathcarron Hospice played a vital role in the support for David and his family and a JustGiving page has been set up in memory of David to help raise much-needed funding to continue to help others.

Visit the page here if you’d like to know more about David’s journey or if you are able to make a donation.

“I am so pleased with the casting. I’m so glad we did it as it’s a very special memory for us all.

It certainly has been a very rough road which will only ease through time.